Over the Summer WFL Nation and Uni Watch started a contest for readers to create updated uniforms of what they think the league would look like today if the WFL was still around 40 years later.  Images will be posted on both Uni Watch as well as WFL Nation. We left the rules fairly open-ended... and some readers went one step further!  They created uniforms for each decade!

The last submission is from Steve B. (of Steve B. Creations).

(Here is) my submission for a redesigned Charlotte Hornets. Not only did I design a 2014 update, I’ve created an entire uniform history for the team. For each uniform set, I’ll give you a short synopsis. 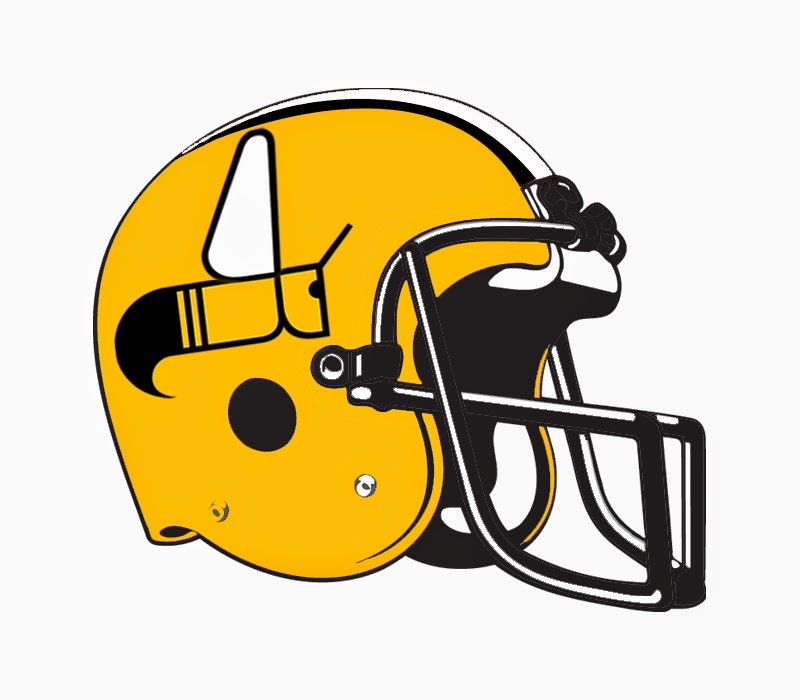 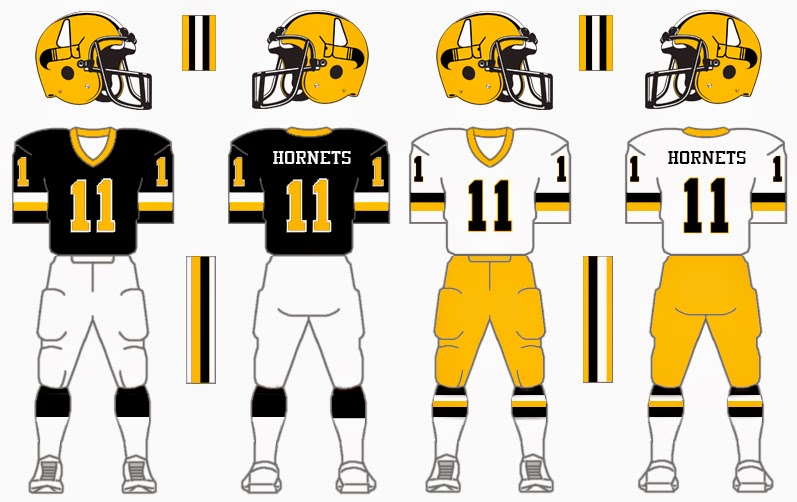 These detail the first major change for the team. They add a black face mask to the helmet and go with an asymmetrical stripe pattern on their jerseys and pants, similar to other popular teams of that time (‘Skins and Argos). Black tops and white pants at home, and white tops and gold pants with striped socks for the road. 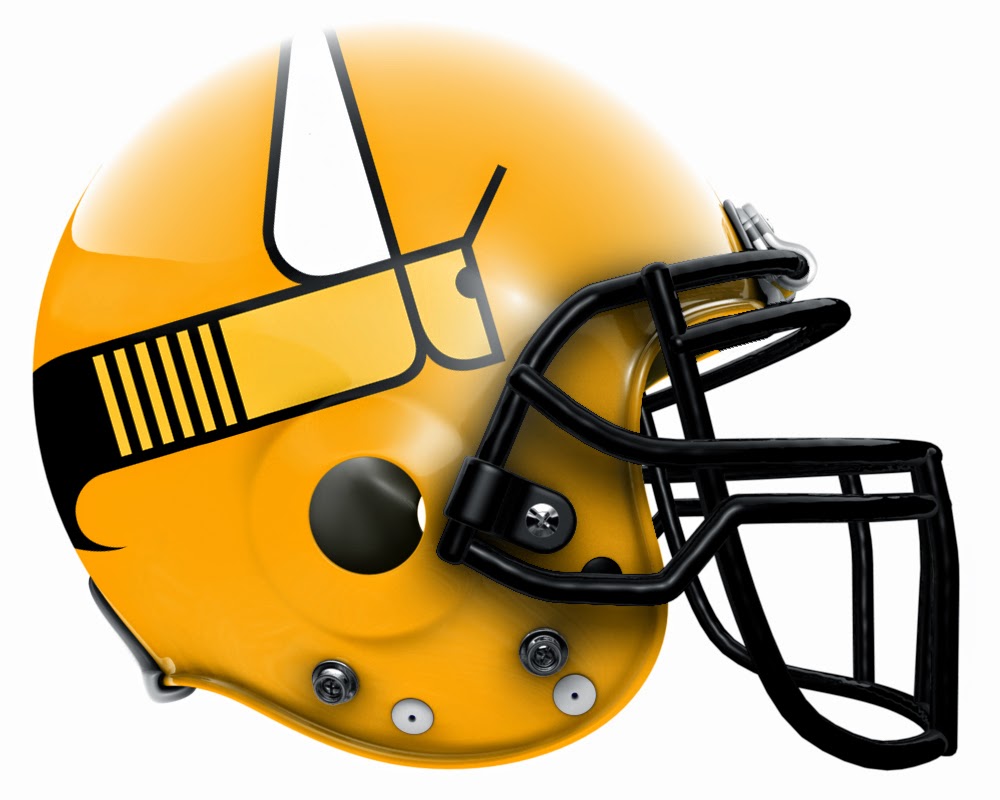 For the 1995 season, the team goes for an updated look. Stripes are scraped on the helmets and the logo is elongated to create a wraparound effect similar to the Seahawks and Roughriders. The jerseys no longer have stripes, but instead the new elongated logo on the sleeves. The TV numbers have also been moved to the shoulders. White pants are ditched and a black set is added. The stripe pattern on the pants is designed to mimic the black and gold stripes on the Hornet’s torso. The set also features two sets of solid socks, one black and one gold. 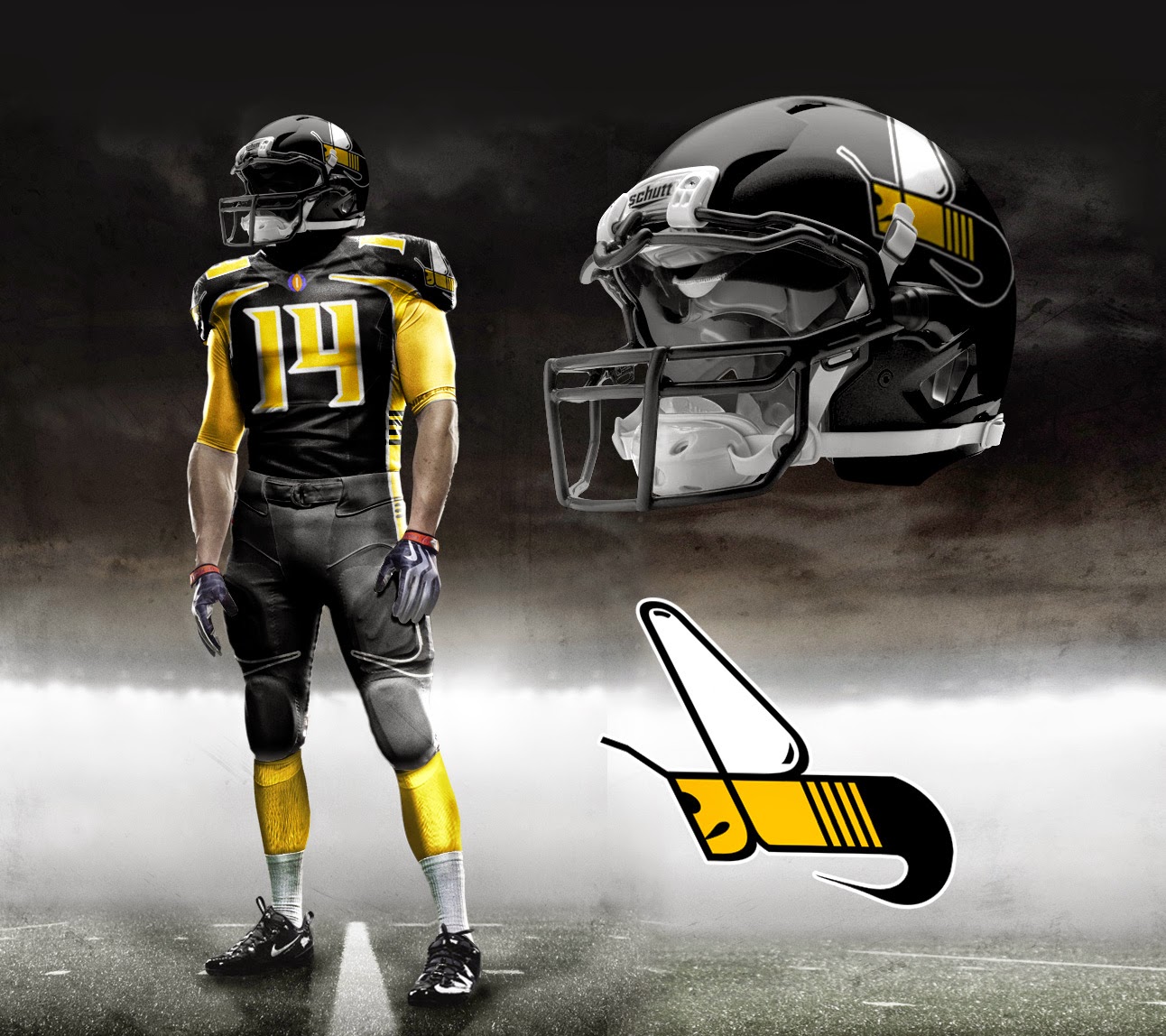 After 10 seasons, the Hornets change things up by going with a trendier look. The logo has been updated to make the Hornet appear to be in motion. Other details are added, like a more pointed stinger and a facial expression.
Gone is the popular gold helmet and is replaced with a black lid. Also, the primary home uniform is black on black. The Hornet’s stinger becomes a featured part of the uniform, being symbolized on both the jersey and pants, while the side panels symbolize the Hornet’s torso. White pants reenter the fold, and the addition of a gold alternate jersey give the team plenty of mix and match options (18 if my math is right). Finally, the team goes with a custom number font.
By 2009, the BFBS set is moved to alternate status, while the gold and black set becomes the new primary. By 2011, the black jersey is out entirely and the 1982-94 throwback uni serves as the alternate. 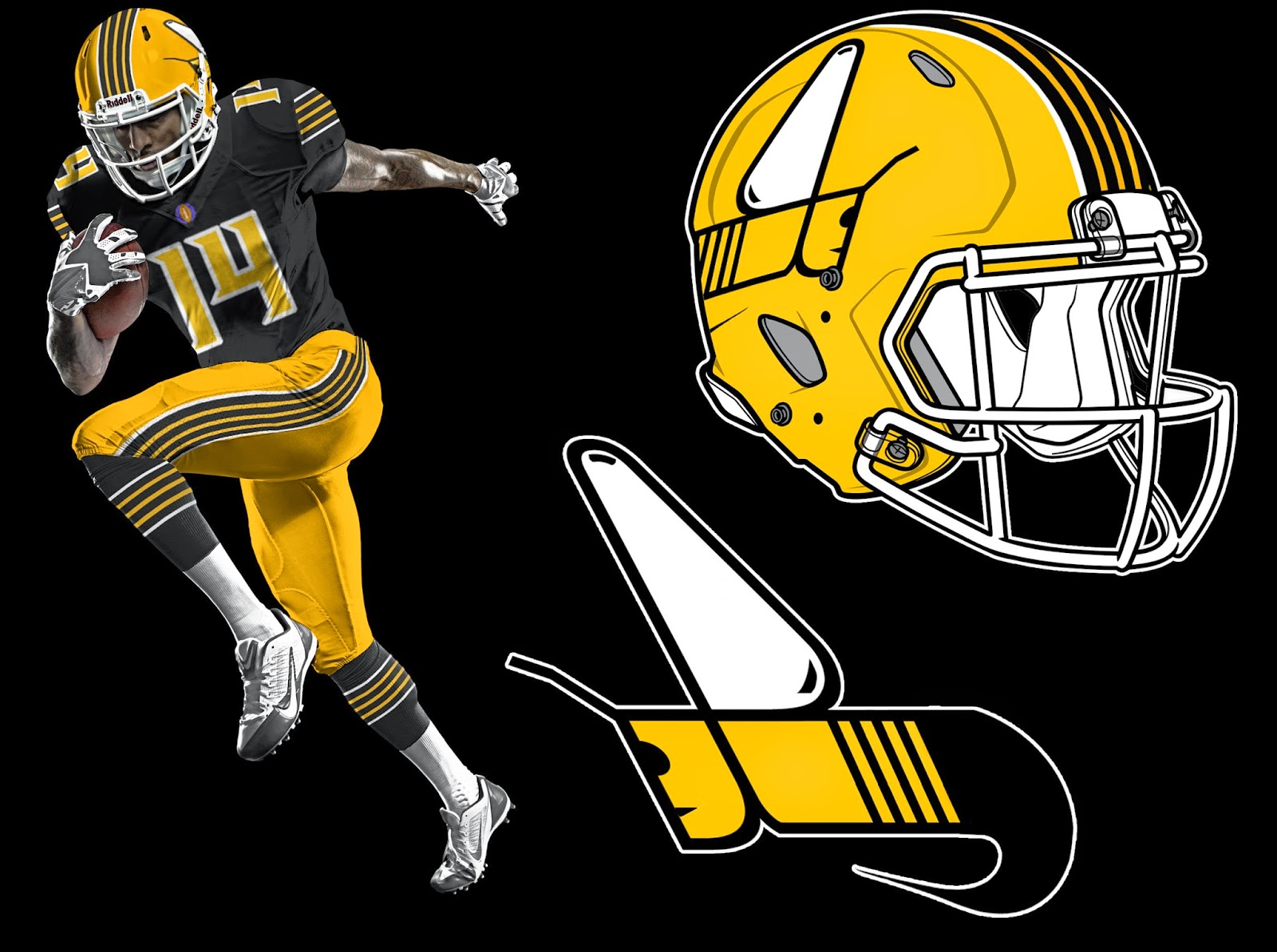 For the 2014 season, the team goes back to a more traditional look. Gone are the days of monochrome black. The gold helmet is reintroduced with a white mask. Stripes are added back to the lids as well. Also, the logo has been tweaked to fix the mouth. From a distance, the previous Hornet’s facial expression was said to look more like a smile than a snarl.

The stripes on all uniform elements are made to match, from the helmet down to the socks. The only remains from the previous set is the custom number font. While the new set still has the potential for many combinations, the team eventual settles on black over gold at home and white over gold on the road. Occasionally, the team may don the gold over white alts for a big Wednesday night game.
Posted by WFL Nation at 9:59 PM